The project began on 19th May 2010 with regular fortnightly working days until 30th June 2011, followed by weekly meetings during July and August 2011. During September 2011 various individuals met in small groups twice weekly to effectively work on the quilt until completion and unveiling on Friday 30th September 2011.  In all, this project has taken in excess of 3820 hours of volunteer work by senior residents in the Karoonda district.

Please feel free to come into 11 Railway Terrace, Karoonda during normal office hours and have a look!  Photos are welcomed. 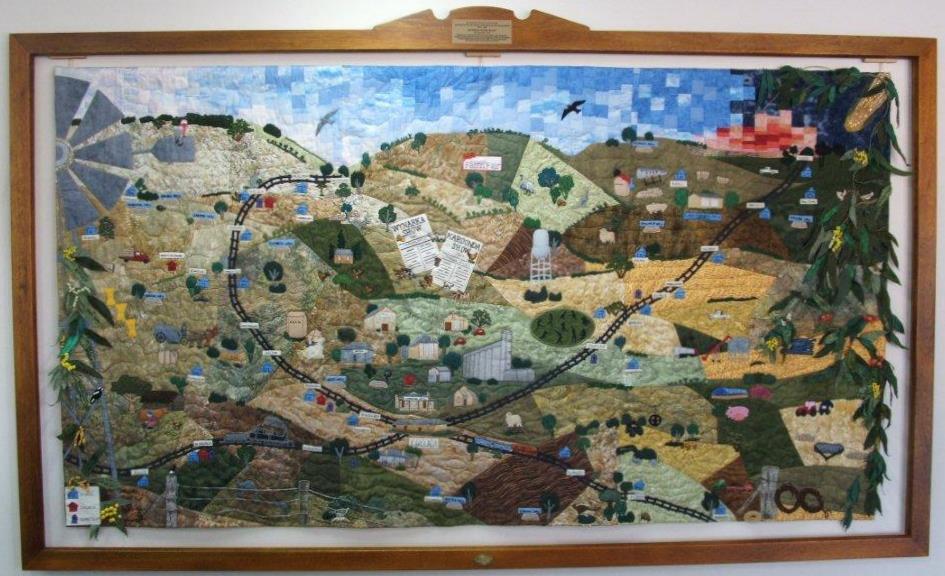